What If You Have No Grit? 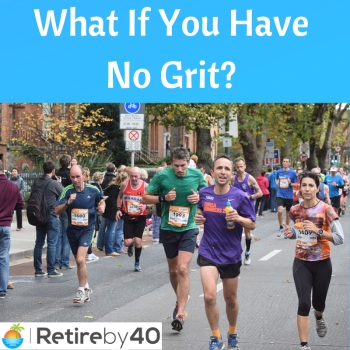 If you are a parent, you probably heard about “grit.” Grit is the ability to keep going when things get tough. Studies have shown that grit is a huge factor in succeeding in life. Today, grit has replaced self-esteem as the primary desirable character trait. Having self-esteem is good, but it has to be earned. We’re not building self-esteem correctly when we hand out trophies to every kid who participates in an event. This kind of coddling builds inflated egos and the result is young adults who can’t handle adversity. Let’s face it, life isn’t fair. The sooner kids learn this, the sooner they will be able to adapt and figure out how to overcome real challenges.

*This post was originally written in 2016. It’s updated now.

Of course, small children have no grit at all. When our son was 5 years old and he broke down in tears pretty often*. He is still young, but he is also growing up so fast. We’ll help him develop his resiliency as he gets older by giving him different challenges and responsibilities. Also, we need to avoid being helicopter parents and let him overcome his own obstacles. The problem is that kids from stable families usually don’t have a lot of opportunities to develop resilience. Well-to-do parents tend to make life too easy for the kids and in turn, they don’t develop any grit. Just today, I overheard a young college student bragging to her friends about going to class just once a week even though she is scheduled for a full load. I would blow my top if I ever heard RB40Jr say that. Man, what a waste of time and opportunity, not to mention the cost of tuition. If I was that young student’s parent, I’d cash out her 529 account and splurge on a trip around the world. If you’re going to screw around, you can pay for your own education.

*RB40Jr is 9 now and he’s a lot tougher. He still cries once in a while but a lot less often than when he was young.

Life has been quite good since I retired in 2012. In fact, it has been so cushy that I am losing my own grit. I just retook the grit test (link at the bottom) and got 3.25. This is a steep drop from 4.13 when I took the test in 2009. There just haven’t been any big challenges and I’m happy with a comfortable life now. A crisis is inevitable, though. There will be some big challenges in the future. Hopefully, I will retain enough grit to overcome them. I suppose my grit level will build back up when I face some serious challenges.

Mrs. RB40’s score is 3.5, up from 2.88 the last time she took the grit test. She has been facing more challenges at work and she has to be tougher because she’s the primary breadwinner now.

That’s the problem with living a comfortable life. It’s good now, but you might not be able to handle future hardship. Kids who grew up in a difficult environment can handle adversity much better than kids who had everything handed to them. That’s why parents need to resist the urge to swoop in and solve the kids’ problems for them. Those parents are depriving the kids of valuable learning opportunities. We all need to fail occasionally and learn from our mistakes. I guess both Jr. and I need some challenging goals to keep life interesting.

Do you think a comfortable life makes you soft?

I retook the grit test and I got 3.40. That’s similar to my old score, 3.25. The whole country is going through a crisis right now. Covid-19 is raging out of control, the economy is in shamble, millions are unemployed, and our government has lost all credibility. 2020 is a tough year for all of us.

Fortunately, we prepared well and we can handle it. Now, I think good preparation is even more important than having grit. We saved up, lived modestly, and can get through this crisis with minimal impact. That’s better than being unprepared and having a lot of grit, IMO. Well, both are important. So prepare for the worst and toughen up. 😉

Take the grit test. This will only take a minute.