How Much We Spend On Coffee, Gas, Pets, Beer, And More 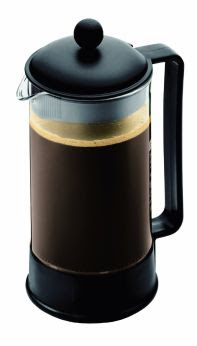 Recently, I read an article on Time.com about how much the average American spends on coffee, gas, and other neccessities. This made me curious about how we compare to the average consumer.

Coffee – The Consumerist cited Accounting Principals’ latest Workonomix survey and said the average American worker is spending about $1,092/year on coffee. Really? That is a lot of money! I drink a cup of French Pressed

coffee in the morning with breakfast and that’s about it. Once in a long while, I would need an extra jolt in the afternoon, but my work place has coffee machines so I don’t have to shell out $3 + to Starbucks. I would guess that I spend $10/month at most on coffee beans = $120 per year. Mrs. RB40 on the other hand sneaks out to Starbucks once in a while for a seasonal drink and I have no idea how much she spends. I think she mostly uses gift cards there.

Lunch at work – 66% of the workforce buys their lunch to the tune of $37/week on average. That’s almost $2,000/year. I usually bring leftovers for lunch, but once in a while, I don’t have anything in the fridge and I’ll go out to eat. This happens probably 2-3 times/month. It’s difficult to calculate the cost of leftovers, but how about $2/lunch. I’ll say I spend $12/week for the total of $624/year.  Mrs. RB40 just told me that she sometimes sneaks out for lunch, too, instead of bringing her usual sandwich.

Gasoline – The average household spent $4,155 on gasoline. This one I have a solid number for. I started keeping track of our cash flow since April 2010 and I can extrapolate the data to one year. We spent about $950 on gasoline in 2011. We’ll have to reduce driving even further this year because I think the price of gasoline will go through the roof (again) this summer.

Cell Phone – The average cell phone costs around $600 annually. I spent about $100 on Tracfone last year. I don’t use the phone much so prepaid is the way to go.

*Update* These days I use the Moto X from Republic Wireless. It’s an inexpensive way to be connected.

Pets – The average dog owner spends $1,542 while the cat owner spends $1,183. We spent about $420 last year on 3 cats. That’s mostly food and kitty litter. We didn’t go to the vet last year, but should probably bring them in for checkups this year.

Watching Sports – The average pay TV subscriber paid about $100/year. We only have basic cable and I haven’t watched basketball lately. The Trailblazers keep disappointing me and I’m off the bandwagon. I usually go see live game once or twice per year when I get a free ticket from work. Live games are so much more fun. I’ll call this $0.

Here they are in easy to read table format for those of you who skipped to the end.

All in all, we are being very frugal compare to the average American. Our biggest expenditure isn’t every day items. Housing is where we spend a bit too much and if we can refinance that would help quite a bit. I’m still searching for a good refinance loan since CHASE is giving me a raw deal with HARP.

Do you know how much money you spent on these things in 2011? How do you compare to the average American? A lot of people must be a cheapo like me and drink coffee at home, so who is jacking up the curve? Is someone spending $2,000/year on coffee to offset my cheapness?