The Retire By 40 Movement

The Retire By 40 Movement is taking the world by storm. Recently, I have been hearing and reading more about people who want to retire before 40, by 40, or at 40. Perhaps I’m more in tune to it because of my blog, but it is undeniable that the idea is getting more popular. I’m not really sure why 40 is such a popular early retirement target. I guess it’s because people think 40 is the midpoint in life. If you aren’t happy at 40, then it’s time to change it up.

Where does this desire to retire before 40 come from? Baby boomers typically work until they are in their 60’s before retiring. The generations before that also worked hard, bit the bullet, and provided for their families. What make us so special that we think we can leave our jobs this early in life? There are many reasons to retire before 40. Let’s take a look at some of them.

This must be the #1 reason why people would want to retire early. Let’s face it, if you love your job, would you leave it when you are so young? According to a Gallup survey, 70% of workers are not actively engaged in their jobs. That means 70% of those surveyed are on a slippery slope to disliking their jobs. Even people who love their job usually become bored in 10-20 years, then dream of greener pastures. It’s much easier to change careers today than in the past. If you are not happy being an accountant, you can always go back to school to prepare for a new career.

Previous generations had fewer choices here because most families had only one bread winner who bore the expectation of providing for their families. Now, many families have two income earners with better opportunities for saving and investing. Our generation is also having kids later and later. We were a DINK family for over a decade before having a child, which is quite different from prior generations.

I believe the basic necessities are also a smaller percentage of the middle class expenditures. Basic housing, food, transportation, and other necessities are much more affordable than in the past. We can see this by the decline in the poverty rate in the US. However, we spend a lot more money on luxuries and non essentials now than ever. In our case, we live a relatively modest lifestyle.  We saved most of our income over our DINK years and also invested in several passive income streams. Doing so enabled us to build a modest nest egg.  In the past, it was difficult to save much even if you lived a modest lifestyle. 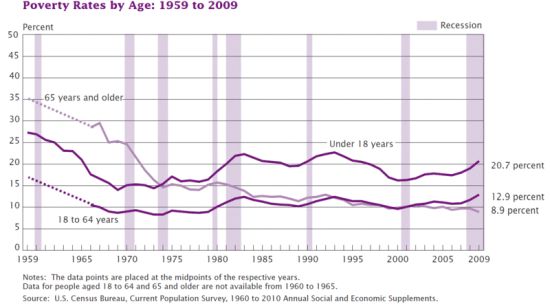 Pensions were much more common in our parents’ jobs. This enabled people to spend their income without having to worry about their old age. Of course, this also trapped them in the job until they were eligible for the pension. In the countries like China where pensions are rare, people saved a lot more of their disposable income for those rainy days. Nowadays, most of us do not have a pension, and social security is meant to be a supplement for retirees, not their sole income. 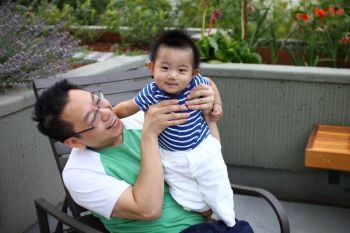 The men of our generation are more family oriented. We don’t want to sacrifice family time for work. This is different than past generations where men were much more focused on work (I got this from watching Mad Men.) It seems men in previous generations were not very comfortable with kids and they’d rather spend their time with their friends and colleagues. The gender lines are blurring more and more and I think that’s a good thing. Women are doing very well in the workforce and men can be stay at home dads and change diapers today without crying about it.

Most importantly, it’s about the freedom to choose how to spend your life. Retiring by 40 is less about retiring and more about the freedom to pursue your passions and interests. Many of us are working in careers that are not fulfilling, but stay because it’s easier than changing our lives. Retiring from a career doesn’t mean leaving the work force forever. For some, it means taking a long break and then taking up a new career later. For others it could mean self employment, exploring their interests, or staying at home with the kids. The way to do this is to achieve financial independence or close enough to it that removing the paycheck from your monthly cash flow is possible.

Many of us don’t know what we want to do when we are young so we often just aim for a job that provides a good income. Some of us started out in a career that we liked, but it didn’t turn out as we thought or perhaps we just changed over the years. Saving and investing a large portion of your income will enable you to make changes later if necessary. Life is short and 40 marks the half way point. If you are not living the life you want, you need to make a change and do it soon.

What do you think about the Retire before 40 Movement? Is it unrealistic? If you are financially independent, would you still be at work today?

Everyone who is thinking about quitting your job should read Financial Samurai’s book: How to engineer your layoff. 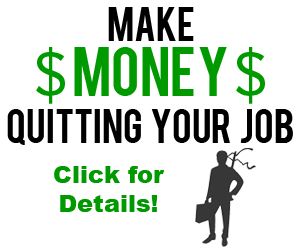