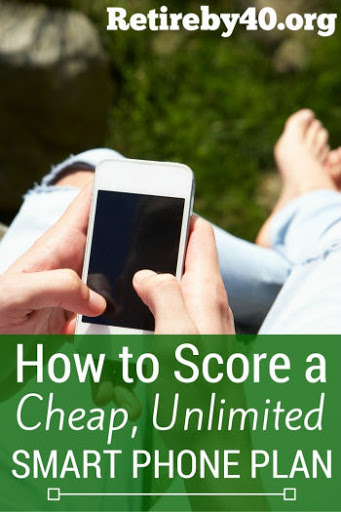 Last year, I finally upgraded from my old dumb phone to a smart phone from Republic Wireless. They sent me the Motorola Defy XT to review and I have been using it ever since. The Defy XT was a huge upgrade from my old phone because I now can check emails and check on my sites while I’m out and about. The best thing I like about it is the $20/month unlimited plan*. I don’t have to worry about going over and having to pay extra and $20/month is within our budget.

Republic Wireless can offer a good price for their monthly plan because they route all calls, texts, and data over WiFi whenever you’re connected. The phone is on the Sprint network when there is no WiFi coverage.

In November, Republic Wireless released a new phone to the public – the Moto X by Motorola. I asked my contact to send me a phone so I can review it and see if it’s a good fit. I’ve been using the new Moto X for a couple of weeks now and the old Defy XT is sitting in our shoebox charging station. The new phone is an awesome upgrade over the old phone. That’s the problem with nicer stuff. I liked the Defy just fine, but now I don’t want even want to pick it up. That’s lifestyle inflation for you.

The Defy is no longer available for sale, but if you have one, then you can keep it along with your old plan. The new Moto X costs $299 from Republic Wireless. I just checked Amazon and an unlocked Moto X cost about $400. The price of $299 is much higher than the Defy’s $99 and it could be a big deterrence to Republic Wireless’ target audience. However, if you have an old Motorola, you might be able to send it back to get a $100 prepaid Visa card rebate when you purchase the Moto X. The rebate offer will expire in June, 2014.

With the new Moto X, Republic Wireless also reworked their plan. Previously, there was only one plan. You paid $20 for unlimited talk, text, and data*. Here is the new plan. 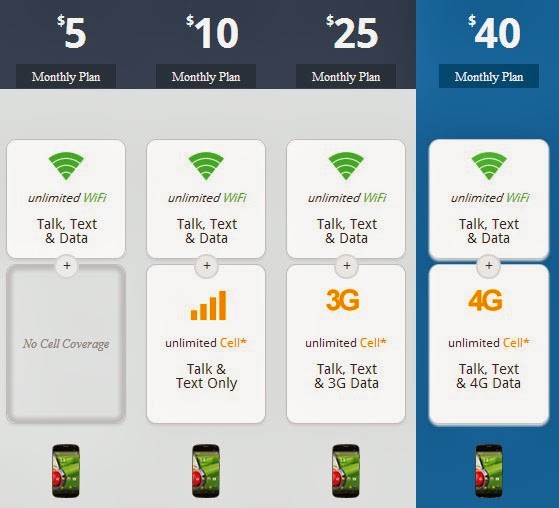 The $10 plan will give me unlimited Talk, Text, and Data when I have WiFi coverage. When there is no WiFi, then it’s only talk and text. That’s not bad because I probably spend 90% of my time in an area with WiFi. Most of the 10% that’s left, I shouldn’t be messing with the phone anyway. Republic Wireless also let you change plans up to twice a month. I can switch to the 3G plan before we go on vacation, then switch back when we get home. I think that’s a great feature to add some flexibility for users like me.

*Update* The $10 plan actually cost about $12 after tax and fee (from the comments.)

10% discount – If you’re an existing customer with Republic Wireless’ old phones (before September 25, 2013), then you’re eligible for a 10% discount on your new monthly service plan. This is a nice benefit for the Beta users.

Let’s get to the phone. As you can tell by now, I’m not an early adopter. I like to wait for the price to come down a bit before I buy any new technology. The Moto X is quite nice and I haven’t discovered all the new features yet. I’ll just compare it to my only other smart phone experience, the Defy XT.

Calling – The Moto X works pretty well for me with voice calling. The phone will automatically route the call over WiFi if it’s available, otherwise it will use the Sprint network. If you start out with WiFi calling and move out of range, then the call will switch over to cellular. I got a few seconds of dead air when the switch occurred, but I haven’t had a dropped call yet. This is much better than the Defy. The old phone will just hang up and try to call back when you move out of range.

Form factor – The Moto X feels like an expensive gadget. The screen is 4.7 inches, a nice upgrade from the Defy’s 3.7 inches. The Moto X hits the screen size sweet spot for me. I don’t want anything larger and the Defy was just a little too small. The screen is really nice too. It’s an LED screen, the color is vibrant and the touch screen works perfectly. Typing on the Moto X is much easier and less mistake prone than the old phone. The Moto X is a bit larger and thinner than the Defy and I think they weigh about the same. The new phone still fits well in my pocket.

Performance – As mentioned above, I’m not an early adopter and performance isn’t a huge concern for me. The Moto X is very snappy and it’s noticeably faster than then Defy XT. It has a dual core processor. 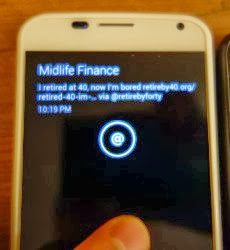 Active Display – This is a new feature on Motorola’s new phones. When you pick up the phone, it will automatically display the time and any new activities. From there, you can flick left or right to clear the notifications, flick up to go directly to the app, or flick down to unlock the phone. This is a thoughtful feature and you won’t have to wake up the phone every time it chimes.

Voice command – This one is new for me. I haven’t used voice command before and it feels funny to talk to the phone. You just say “OK, Google now” to enable voice command, and then tell it to do various things for you. I was able to call, send text messages, create calendar events, and get directions with the voice command. It’s pretty futuristic and I should learn the rest of the voice commands to see what else it can do.

Camera – The camera on the Defy was fine at 5 megapixels. The big problem was that it only has a rear camera so it’s practically impossible to take a selfie. (Mrs. RB40 comments here> I don’t know if normal people would really consider that to be a ‘problem.’) The Moto X has a 10 megapixel camera in the back and a 2 megapixel in the front. The Moto X has a new quick camera feature. You flick the camera with your wrist a couple of times and it will be ready to take a picture. This sounds a little silly, but it’s great to be able to take a picture in 2 seconds instead of fumbling around the menu.

Battery – I’m not a heavy user and the battery lasted the whole day for me. After a typical day (7am to midnight), I generally have about 30% left. From what I’ve read on the internet, everyone is generally happy with the battery life.

Games – I downloaded Angry Bird Star Wars 2 and we’re having a blast with it. The bigger screen made the playing experience much better than playing on the Defy XT. I think the touchscreen is more sensitive and more accurate as well.

Caveats – The Moto X is sealed and you can’t add an SD card or change the battery. The phone has 16 MB of internal memory with about 11GB available to users. You can only use the phone with Republic Wireless. I think it has a special ROM or something like that. If you’re not happy with it, you can return it within 30 days and just pay the shipping charge ($10).

Is the Moto X right for you?

I really like the new Moto X from Republic Wireless. It’s an awesome phone and I’d loathe to send it back to Republic Wireless when my review time is up. It’s such a luxury item for me, though. I guess $200 isn’t that huge of a deal. I’ll save up my cash allowance and see how I feel when I have $200 in my envelope.

Actually, I’ll most likely get the Moto X after I save up the cash. I can go with the $10 plan and the saving will pay for the phone in 20 months. It’s hard to let such a nice phone go…

Anyway, I think if you spend most of your time in areas with WiFi coverage, then Republic Wireless would work great for you.

Let me know if you have any question and I’ll try my best to answer. 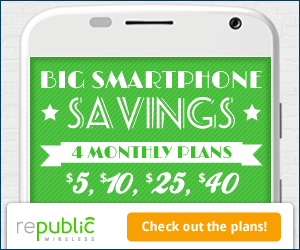 Update: I’ve been using the Moto X for a couple of months now and I still love it! $10/month is a great deal and the phone works very well. The downside is I got addicted to Clash of Clans. It’s taking the time that I don’t have. 🙁

I also got a nice case from Amazon. The Hyperion Moto X case fits well and it came with a screen protector too. All for $8.99. Nice! If you have a Moto X, I highly recommend it. The phone is slippery and fell out of my shorts’ pocket twice already when I was at the gym. The case made it more sticky and much more secure.

Disclosure: If you sign up with Republic Wireless through the links on this page, then we may receive a referral fee.