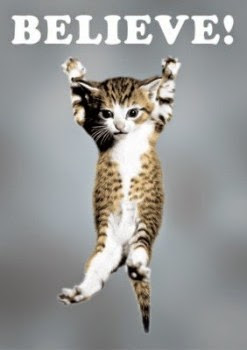 Have a great Memorial Day weekend! No new article this Friday.

Last week, I was on the phone with Brad, the publisher development at Zillow, to get their affiliate program back online. My links to Zillow weren’t working because they changed to a different advertising agency. It was a good call and we finished talking business in about 15 minutes. At the end of the call, Brad asked if I have any advice for a young guy. I get a question like this occasionally when I meet someone new. My standard answer is to save and invest as much as you can. This is a pretty good answer because it’s a simple message and we talked about it for a few minutes. However, is it really the best advice for early retirement?

Save and invest as much as you can is a bit too generic. It’s probably the answer to most personal finance questions.

Saving and investing is a vital part of the early retirement journey, but it’s not the most important thing. Now that I had a few days to stew over it, I think the more important thing is to set the goal.

I started saving and investing as soon as I got my first full time job in 1996. Soon after, I maxed out my 401k and Roth IRA, and even invested extra in my taxable account. This is pretty unusual because as a country, our saving rate is a woeful 5%. My family struggled financially when I was growing up so that influenced me to save more than the norm.

My saving rate was higher than usual and that gave me a huge head start, but I wouldn’t have been able to retire early at that rate. It was only after I made “retire by 40” my mission in life that I was able to overcome the mental barrier and crank up the engine. Previously, I thought I would find a new job or switch company. I was depending on the income from my career to last until I’m 65. That was the crutch that prevented me from doing something revolutionary.

Once I made it my mission to retire by 40, I was able to devote all my energy to make it happen. Instead of using all my creative energy at my day job, I channel it elsewhere.

Now that I looked back, a bunch of stuff happened after I set the goal to retire by 40. The previous 14 years were much more stable. I worked, came home, and tried to decompress and have fun. That’s the way normal people operate. They save 10% and then use the rest of the income to make life as enjoyable as possible. If you want to retire early, you need to break out of that box.

I believe that early retirement is a reachable goal for most of us. You don’t have to be the CFO of Google to retire early. If you make decent income and set your mind to it, you can do it. Look at Jason at Dividend Mantra. He was a service advisor at a car dealership and earned a middleclass salary. The easy thing to do was to carry on like the other 160 million middleclass Americans, but he set a goal to retire in 12 years instead. In just 3 years, he built his dividend portfolio from $5,000 to $100,000. In a few more years, his dividend income will pay for all his expenses and he will be financial independent.

So that’s my best early retirement advice. You need to take a good look at yourself and make Financial Independence your moon mission. Going to the moon isn’t easy. It will take a lot of effort and there will be many setbacks, but you will succeed if you persevere and be creative about it.

What do you think about this advice? It will take a bit more time and effort to convince the other person, but it could make a bigger impact than save as much as you can .

Actually, I think it’s better to build a life that you don’t have to retire from than retiring completely.