Next post: Fun Alternatives To Reduce Your Housing Cost In A Big City

Previous post: Should your home be a big part of your net worth? 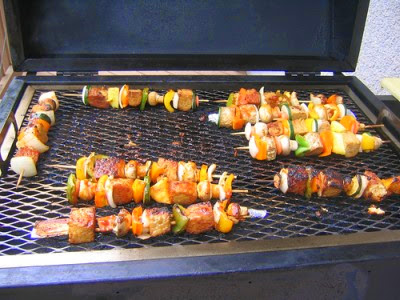 The following article is from Mike, our staff writer.

Just about everyone I know dreams of retiring early.  Usually it’s either because they’re stuck in a dead end job they can’t stand or because they want the freedom to spend more time with their family, traveling the world, or following their passions.

For most people, the prospect of retiring early is little more than a pipe dream.  The only action they take towards their goal is buying a weekly lottery ticket and crossing their fingers.  Unfortunately for them, the lottery is just a big waste of money and they’ll never win anything more than a few hundred bucks…hardly enough to retire early.

The truth is if you want to retire early you need to create a plan and stick to it.  Follow the steps listed below to get on the path to success.

Joe has already written about how important it is to start investing when you’re young, and I couldn’t agree more. The earlier you start saving the more time your money will have to take advantage of the power of compounding.  Saving as much as possible when you’re young means you won’t have to save as much when you’re older.  Perhaps more importantly, you’ll be forming a positive habit that will help you save regularly for the rest of your life.

One of the challenges of saving money when you’re young is that you don’t always have a lot of money to put aside.  You probably don’t make a ton of money and once you pay all your monthly expenses there is probably little to nothing left to put towards savings.  But it is important that you learn to pay yourself first and consistently save money.  You can start by signing up for your employer’s 401(k) plan and contributing at least enough to take advantage of any company match. Before you know it you won’t even miss the money and your retirement savings will be steadily growing.

The more money you spend paying off debt the less you have to put towards your own financial goals.  Think about what is most important to you and set priorities.  If you want to retire by age 40 and you figure you’ll need to save 25 percent of your income to reach that goal, then you’ll need to make some short-term sacrifices to make it happen.  Driving a fancy sports car or running up your credit card bills by living an extravagant lifestyle is only going to move you further and further away from your goals.

It’s all too easy to get caught up in a dangerous game of trying to one-up your friends and neighbors, but that will only lead you to financial ruin.  I have one neighbor who never misses an opportunity to show off and make it seem like he’s doing better than he is.  He leases a new car every two years while I still drive my 2003 Camry.  When I got a used swing set for my kids to play with, he went out and bought a gigantic play gym for his kids.  When I splurged on a new grill for my backyard he ran out and bought one even bigger and more expensive.

The funny thing is, I know for a fact that he’s drowning in debt.  His wife has repeatedly told my wife about how much her husband spends and how they can barely afford the minimum payments on their credit card bill.  Yet he continues to spend money he doesn’t have so he keep up the facade.  I could do the same, but I have no interest in following him into debt oblivion.

Do you have a plan for retiring early?  What steps are you taking now to make it happen?