Next post: Why it’s difficult to retire with passive income

Previous post: Save More for College with the Coverdell ESA

Do You Judge People by How Much Money They Make?

The following article is from Melanie, our staff writer. Melanie is in the beginning phase of her journey to Financial Freedom and she’ll offer a refreshing point of view for us. She just quit her job to freelance full-time. Melanie is a great writer so I think it will work out just fine for her.

Do You Judge People by How Much Money They Make? 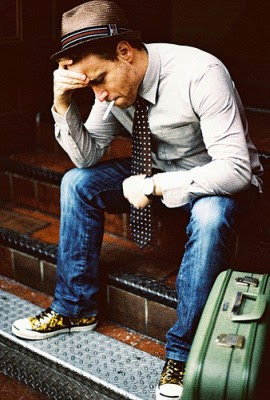 Money can change things. That much is obvious in tales from rags to riches, where people forget where they came from, start acting differently and forget any common sense they might have had when they were broke.

Knowing how much money someone makes can completely change your perception of them. As much as we want to believe that money makes no difference on our perceptions of others, it definitely does.

I’ve seen this firsthand in my own life and have internalized many of the feelings associated with it. When I would tell people about my work at nonprofits, I would get that sort of pitiful look that said everything. By revealing my nonprofit worker status, I had revealed that I was obviously not making the big bucks. That I was surviving on less.

This has been met with both awe and pity, and a conciliatory statement, “You must be doing such great work!” In other cases, I’ve had friends forward me corporate job postings, pushing me to do better, taking little to no account of the fact that I have no desire (or experience) to work in the corporate world, even if it would bestow me with the riches that are so obviously lacking.

I realize how my income and judgment from others have shaped my feelings about my own self-worth. I have money scripts in my brain that I’m working hard to overcome.

Conversely, I’ve been guilty of judging others by how much they make, usually in the case of them making a substantial amount of money.

I’m embarrassed by all of this. It’s just plain silly, but we have strong emotions and perceptions around money. Money means status and it means success. Think of the societal markers we have to define how much money people have:

We judge people by what they wear. In a flash of a second, we can determine if someone is homeless or a successful businessman. In some places, a car is more than a form of transportation. In Los Angeles, where I’m from, if you don’t have a car, it’s mostly a sign that you are low-income because you need a car, and most people don’t take public transportation. Our living situation is also up for judgment. Size and location matter. I remember when I lived in Los Angeles, I worked in a rough part of LA. I decided to live two blocks from work so I could experience the neighborhood and walk to work. When I would tell people where I lived, I was met with shock, “How could you live there?! In THAT neighborhood?”

Think about all of the ways that we consciously or unconsciously judge people by how much money they make. We have a lot of beliefs that have been ingrained in us based on our cultural upbringing, society, family, friend group, job and more.

I was talking to a friend and asked him bluntly: Do you judge people by how much money they make?

He replied, “No, I judge people by how they ACT about money.”

I rather liked that answer. Our feelings shouldn’t be tied up so much into how much people make, but how they act with their money. Are they rich and stingy? Broke and begging? Do they use money as a tool to manipulate others? Do they hold it over other people’s heads, as a sign of power? Are they constantly broke, but always buying junk they don’t need?

I think it’s important to remember we’ve all got issues, especially money issues. We’d rather talk about sex and drugs in this country, than talk about money. Money holds a lot of power both in our minds and in the real world. It can mean the difference between getting by or thriving, it can mean financial servitude or financial freedom.

Money affects all of us.

Do you judge people by how much they make? Or how they act with their money? What money assumptions are you dealing with?