How much does Jack Reacher’s Financial Independence cost?

It’s 4th of July! Independence Day is my favorite holiday of the year, not Christmas like many people’s. The weather is finally nice in Portland and the Blues Festival is playing outside our windows. Throw in a little BBQ and that’s what life is all about. 🙂 Today, we’ll see a different side of financial independence. 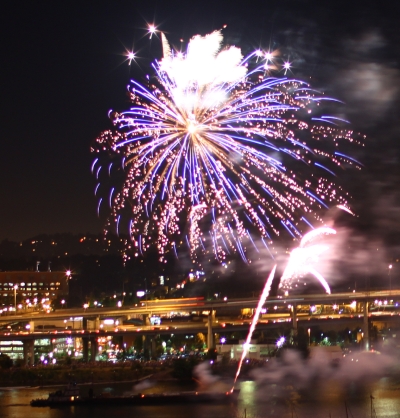 novels recently. I haven’t seen the movie yet. These books are gripping yarns and can easily lead to a night of sleep deprivation. Now that I’m not working full time anymore, I feel entitled to stay up late and finish a good book if I want to. Of course I’m all worn out and sleepy the next day.

Anyway, back to Jack Reacher. If you haven’t seen the movie or read the books, here is the rundown on the guy.

Reacher worked as a military policeman for 13 years and was discharged in 1997. He was an Major when he left the army. Since then, he has been wandering around the USA to see the country. He carries only a folding toothbrush and sleeps in cheap hotels. He buys new clothes every few days from cheap chains and throws out the old ones. He likes to eat basic steak and potatoes at local diners. He does not have a steady income and lives on his saving which are supplemented from part time gigs and money appropriated from bad guys.

Reacher must have quite a bank roll because he probably saved most of his money when he was working. The military provided all his basic needs – shelter, food, transportation, clothing, and healthcare. From the book, he is a frugal man who doesn’t really spend much money on luxuries. He probably got a severance package (?) from the Army because he was discharged. I did a little research and I don’t think he has a pension because you need to be in the service for at least 20 years to be eligible.

Now that he’s a drifter, he’ll have to spend his own money. At first glance, it seems like his low maintenance lifestyle will be pretty cheap, but let’s take a closer look.

$1,200 Lodging – Reacher usually sleeps in cheap hotels, but he also crashes in cars, a friends’ couch, and other available places. On a monthly basis, he probably spends $40/night. We’ll call it $1,200/month.

$750 Food – Reacher is a big guy at 6’5 and 250lbs. He needs to eat quite a bit to keep up his strength so he can fight bad guys. Eating out for every meal isn’t cheap these days and I think he’ll probably need at least $25/day to keep up his unstoppable physique.

$100 Transportation – He usually walks locally and takes a bus/hitchhikes when traveling long distance. Recently there have been more discount bus companies like Bolt Bus so he probably won’t have to spend too much for transportation. Going from Vancouver, BC to Portland only costs $35. That’s pretty cheap. Let’s say he moves on a couple of times a month. That should come out to around $100 or so.

$250 Clothes – Hmm… I have no idea how much cheap new clothes cost now because I haven’t purchased any clothing in a while. Maybe $25 at Walmart will do the trick? He has to shop in the big and tall section and I think there are usually a lot of sales there.

$0 Healthcare – I don’t think Reacher has health insurance. This is a terrible idea for a crime fighting hero because he’s always getting banged up. He hasn’t checked into the ER yet, but you know it’s only a matter of time. He’s depending on luck to get him through and that won’t work out in the long run. He probably is going to ignore the whole Obamacare thing next year.

$0 Tax – He probably doesn’t pay tax because he hasn’t mention stock or anything like that. He picks up a few part time jobs here and there, but those all probably pay cash. Taking money from bad guys is also a cash based business. I hope he wises up and puts some of his savings into some safe investments like I-Bonds soon.

Whoa, a drifter lifestyle costs $2,300/month? Let’s round it up to $2,500 because I’m sure he has unexpected expenses too –shoes, the occasional cab fares, and what not. That’s $30,000/year. It’s lower than most middle class family’s monthly expense, but it’s not cheap either.

How much does Jack Reacher’s Financial Independence cost?

Reacher was born in 1960 so he’s 53 years old now. That gives him about 27 years left in the life expectancy chart. At this point in life, he should be worried about his finances and starts reading some personal finance blogs. He should invest in the stock market and some bonds so he can generate some passive income instead of just spending down his net worth.

I assume 7% ROI and 4% inflation. He’ll need about $550,000 in his investment account to keep living his drifter lifestyle. Is that realistic for a former MP Major? I don’t know…

Most people probably wouldn’t want to live a drifter’s lifestyle either. If you paid off your mortgage and cook at home, you can pull off FI much easier than our fictitious hero. Of course, you also need healthcare in real life so that will increase your expense.

How close are you to Financial Independence?

Anyway, I hope you enjoyed our little diversion on Independence Day. It’s a holiday, what are you doing in front of the computer anyway? Go out there and enjoy the BBQ and sunshine. Financial Independence can wait another day right? 🙂 Have a great 4th of July!