Is Housing Affordability A Problem Where You Live? 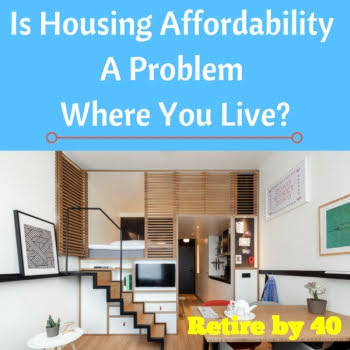 Is housing affordability a problem where you live? It’s a big problem in Portland. Our homeless population is growing and becoming increasingly visible. Portland is not alone, though. Many West Coast cities are experiencing an explosion in homelessness. A lot of this has to do with housing affordability. The West Coast has done very well economically over the last decade. Housing prices and rents have increased tremendously as a result. Well compensated workers can afford nice houses and apartments. However, low wage workers and people on fixed income haven’t been able to keep up.  Some people who were able to scrape by previously can’t do it anymore. They become homeless and the problem continues to worsen.

Homelessness is getting worse

From personal experience, I see that our homelessness problem has been growing over the years. I lived in Portland from 1997 to 2000 and I don’t remember any tents on the sidewalk. There were homeless people, but they were not as visible. In 2000, we moved to the suburb so I could be closer to work.

We didn’t really like driving everywhere so we moved back to the city in 2007 and turned our house into a rental. Ten years ago, the homeless problem still wasn’t that bad. There are areas in downtown where homeless people congregate, near free services. There are always a lot of scruffy looking people around the central library. Chinatown and certain parks have a lot of homeless people hanging around. However, we didn’t really see them around our condo. We’re on the southern side of downtown which is a long walk from various social services.

The homeless problem got worse gradually. Tents sprouted along sidewalks, under overpasses, and pretty much any available green space. The city sweeps up these camps occasionally and they move around. The homeless propagated out of the core downtown area and spread outward. There are tents in many neighborhoods now. Parks are overrun with homeless people and you can see them sleeping everywhere. Out of state visitors are surprised by the prevalence of problem. It doesn’t feel like the same country as where they’re from. Homelessness is very visible here.

*Chart from the Oregonian. They had a pretty good report on our homeless crisis (Jan. 2015).

Is housing affordability a problem where you live?

Unfortunately, the homelessness/housing affordability problem in Portland probably will worsen. I don’t think we’ve hit rock bottom yet. It also seems to be a growing problem in many cities on the West Coast. I read that it’s pretty bad in LA, San Francisco, Seattle, Tacoma, Eugene, and other cities of all sizes. Homelessness is more prevalent on the West Coast because the weather is milder. Maybe it isn’t as bad in other areas of the country?

Recently, I got into a minor argument on Twitter. A prominent blogger argued that it’s best to ignore the news and look at the well-being index instead. Some locations are going in the crapper, but the overall well-being index has improved in recent years. The news will focus on problems and amplify them because that’s what sells. Avoid the news and don’t worry about it. This strategy works very well if you live in small town Colorado, but it’s harder to ignore the homelessness when you live in bigger cities and are confronted by panhandlers daily.

So that’s why I want to get your input and see if there is a housing affordability problem where you live. Generally, it is an affordability problem if you’re spending more than 30% of your income on housing. If there are a significant homeless population and panhandlers in your town, then there is some kind of problem.

This is a very simple poll. Please elaborate in the comment section if you have more to say. Housing affordability is a big issue. It benefits some of us, but it hurts many too. 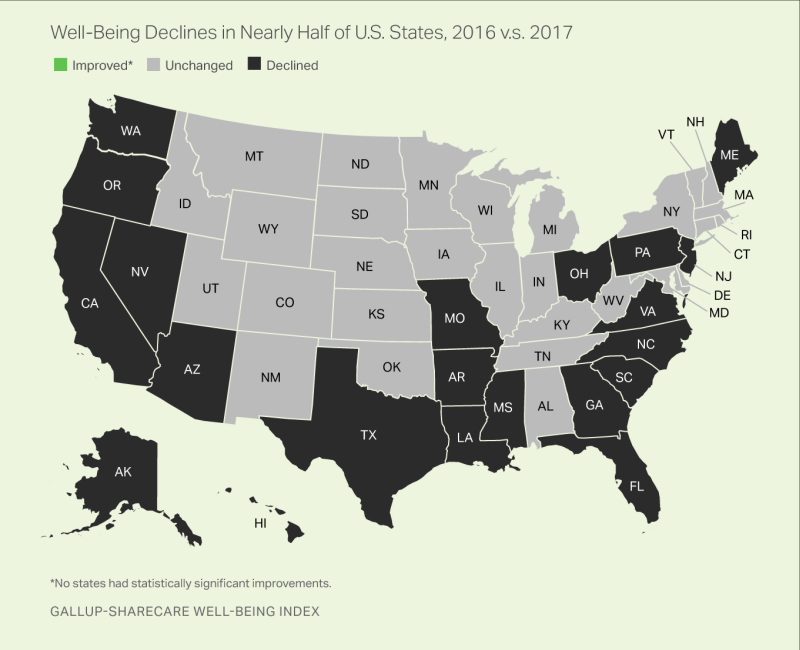 Am I part of the problem?

I think housing affordability is a growing problem in the US, no matter where you live. You might not see a problem now, but it’s coming down the pipeline. Why?

We have 2 rentals in Portland, a condo and a duplex. I charge a little below market rate and my tenants are doing fine financially. Investing in rental properties is a great way to build wealth. It’s a proven system. However, I can’t invest in local real estate anymore. The housing price is too high here. I’m sure there are deals to be had, but I don’t know how to find them. The professionals probably scooped these deals up before they hit the market. Who knows…

I still believe in real estate investing so I’m looking further. There are many markets where real estate is still a great investment. Housing in non-coastal states is still very affordable. That’s why I’m investing more in real estate crowdfunding. A local company will buy a cheap apartment, fix it up, raise the rent, and sell it a few years later. We have seen this over and over again in Portland. Poorer people get displaced and they have to find another cheap place to live. This kind of investment probably exacerbates the housing affordability issue. Even if your city is affordable now, it will probably worsen in the future. Entrepreneurs and investors will follow the money. That’s capitalism.

You’ve seen tiny homes, but have you seen micro apartments? This is one answer to the housing affordability problem on the West Coast. Check out this micro apartment in Seattle. 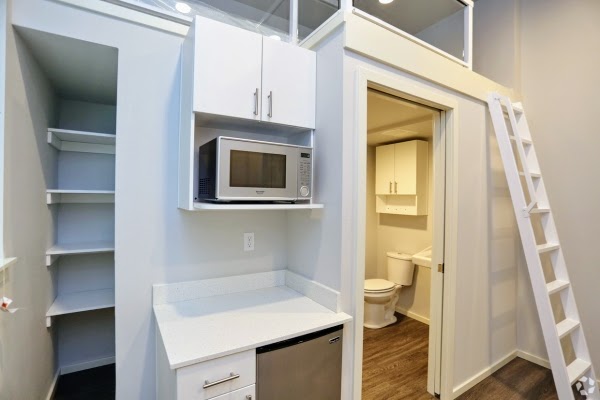 This 175 sq ft apartment rents for about $1,000/month. This is pretty neat. It’s almost like a hotel room. There is a nice common kitchen, onsite laundry, and bike storage. These micro apartments are usually located in areas with very good Walk score. There are many amenities nearby and renters can spend a lot of time away from their tiny home.

I think West Coast cities should encourage more of these micro apartments. It’s one way to bring the cost of housing down.

Anyway, I hope I didn’t ruin your Monday. If you’re reading this, you probably have a job to go to and a decent place to live. No matter how bad your job is, it’s better than being homeless, right?

What do you think about housing affordability? Is it a real problem or just fake news? Should you care about homelessness if you don’t see it in your town?

Sign up with RealtyShares to browse the current projects and see if real estate crowdfunding is a good match for you. Capitalism, right?