Next post: How to Start Investing in Rental Property

Previous post: How to Start Investing in Dividend Stocks

How Much Money Should We Spend on Kid’s Birthday? 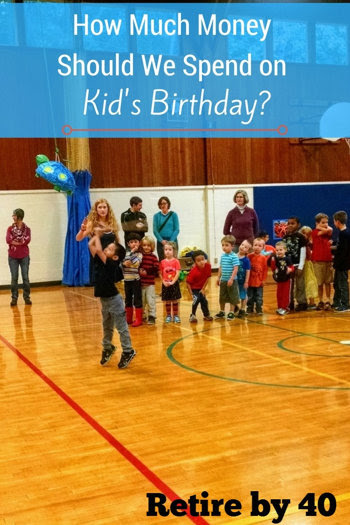 RB40Jr is turning 6 very soon. Wow, time really flies when you have a kid. I still remember jumping out of bed and rushing Mrs. RB40 to the hospital at 6 in the morning and being nervous all day until he finally arrived at 3:45 in the afternoon.  I’ll skip the graphic details here, but this was one of the most memorable days in both our lives. Things change so much when you have a kid. They grow and evolve quickly so you need to adjust, too. If we hadn’t had a kid, I could see myself staying mostly the same over these past 7 years.

Today, let’s take a quick look back at how much RB40Jr have grown. That’s a huge side benefit to blogging. I can read my old posts and see how things were going back then. If you don’t have a blog, you really should consider starting one. See – How to Start a Blog and Why You Should. After that, we’ll go on to the controversial topic of how much money should we spend on kid’s birthday. Please take the poll at the end so I can see what real people really spend. 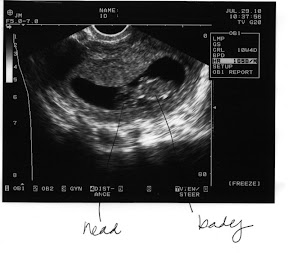 This is one of my earliest blog post – Early Retirement’s Biggest Obstacles. I started Retire by 40 in 2010 when Mrs. RB40 was 6 months pregnant. Needless to say, early retirement is the last thing on any pregnant woman’s agenda and she wasn’t very supportive. Even I was having some trepidation about early retirement because I read that kids cost so much money to raise. I still put the ER plan in motion and hoped for the best.

Kids really aren’t cheap. In Unexpected Baby Expense, I complained about having to buy a baby carrier, play mat, and a plethora of bottles and nipples. The daycare was the biggest expense, though. We paid a little over $1,000 per month for childcare. RB40Jr was super cute when he was 6 months old! I also took 3 months off during this time to try being a stay at home dad/blogger. I loved it, but had to reluctantly return to work to shore up our finances. 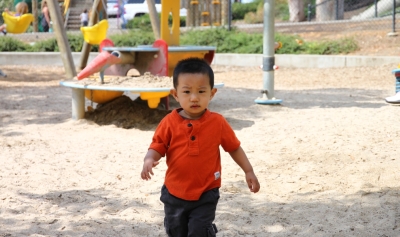 Here is Baby RB40 when he was a year and a half. I totally forgot we used to call him Baby RB40. We changed to RB40Jr when he got a bit older. I still think the best age for kids is from 18 months to 2 years old. They are still super cute and they argue! We still have fun together these days, but it’s a little too much back and forth sometimes. I also handed in my resignation in the summer of 2012. That was another one of the best days in my life!

I traded my old cubicle 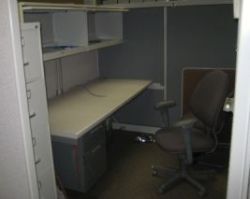 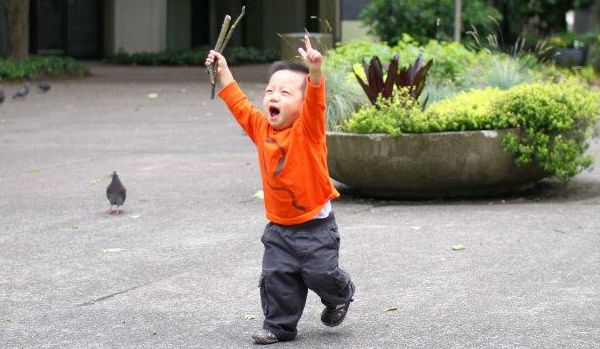 No regrets whatsoever. I make less money, but I’m a lot healthier and happier. Don’t miss our unforgettable story – Swarming Pigeons, Dog Poop, Happiness, and $60,000. Interestingly, our park don’t have many pigeons anymore. Now, there are a ton of crows instead. Strange… 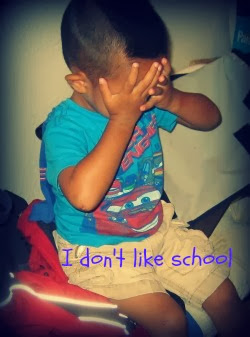 We tried to send RB40Jr to preschool when he was 2 and a half and it didn’t work out so well. He cried all day and they kicked him out after 4 days. He just wasn’t ready yet. RB40Jr has tough time when he’s thrown into a new environment. We continue to see this in following years. Being a stay at home dad also became a little tougher. We had more conflicts and we needed a little time away from each other. (Why can’t kids just do what you tell them?) Luckily, we found another preschool about 4 months later. He had a hard time adjusting here, too, but they were willing to work with him and he got over it.

This preschool was really awesome and he spent almost 3 years there. There were trouble spots here and there, but he really enjoyed his time there. There was that hilarious crotch punching incident, though…

Woohoo! RB40Jr started kindergarten last fall. This means no more paying for preschool. Of course, he had a hard time adjusting to the new environment again. He hit a bunch of kids and was sent to the principal’s office twice in the first 2 weeks of school. He got in big trouble when he punched his new teacher (again?!), but that was the last time. Once he got used to his teachers and new friends, he’s been behaving himself.

Whew, that was a little longer than I planned. It’s fun to look over those old baby pictures, though. He was so adorable. I can’t believe he is so big now.

How much money should we spend on kid’s birthday?

I hope you don’t think I’m a terrible SAHD, but we haven’t thrown a big birthday bash for RB40Jr yet. A birthday party is not cheap and I figured he won’t remember them anyway. In previous years, we just got a cake, a few presents, and celebrated at home with the family.

Now that he’s older, we’re thinking about having a bigger party and invite his friends from school. I am ambivalent about this, though. I never had a big birthday party when I was a kid. We’d just go out to get ice cream, have a few friends over, or something simple like that. Mrs. RB40 had her birthday parties at home with homemade cake and ice cream. The house she grew up in had a lot of room for large gatherings. Back in those days, there was no requirement to host an entire class of kids.

Personally, I think a birthday party at home with games is perfect. However, our place is too small. We can’t host more than just a few kids. Even then, it’d be pretty crazy. I’d love to hold a birthday party in the park with a pinata, but we can’t do that because it’s winter. This leaves us with no other option (besides postponing until summer), but to have a birthday party at a venue. Let’s see what the local options are.

Oh man, I don’t know. It looks like it’d be at least $150 and possibly quite a bit more once we order food. When the heck did a kid’s birthday party became so expensive? Maybe we should just go with a cake and buy a very nice gift instead. I know he would absolutely love the First Order Tie Fighter LEGO set. He’s a huge Star Wars fan. What do you think?

Okay, here is the poll.

Do you think kid birthday parties these days are out of control?

See, isn’t writing a blog sounding like a lot of fun? You might make some extra money while you’re at it, too. A bunch of mommy bloggers are making a killing. See my tutorial and start a blog today! (Actually, it’s a lot of work, but it’s been worth it for me.)

Best of Retire By 40