Escaping From The Lower Class 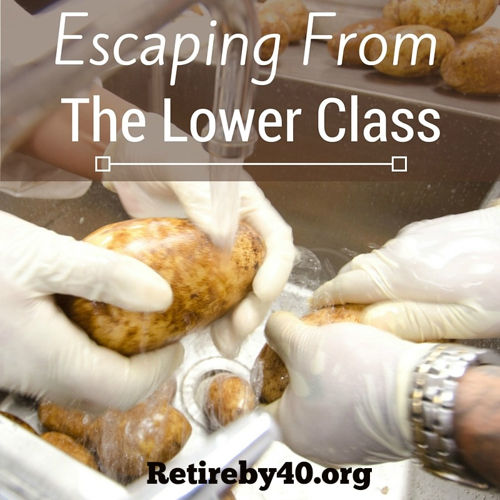 Earlier this week, Prosper Marketplace sent me their latest Financial Wellness Study. They surveyed 1,000 Americans with decision-making power in their finances to see how their households are doing. The result of the study is a little depressing because most American families are struggling with their finances. We are doing pretty well financially, but it hasn’t always been that way. Let’s take a look at some data from Prosper and then I’ll share how my family escaped from the lower class. 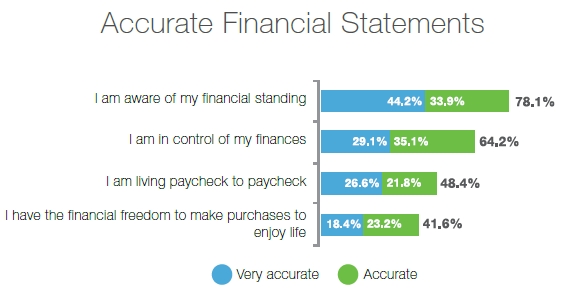 This first graph doesn’t bode well for the study. Nearly 60% of those surveyed don’t feel like they have enough money to enjoy life. Even worse, almost half are living paycheck to paycheck which is not a good situation to be in. You can’t save for the future and any financial emergency will be a huge setback.

This is where the first graph was leading up to. More than half surveyed
are not confident in their ability to cope with a sudden financial shock, such as the car breaking down. A lot of people are living paycheck to paycheck and it’s not just the lower class. Many middle class families smooth out their finances with credit cards and ended up building long term debt. 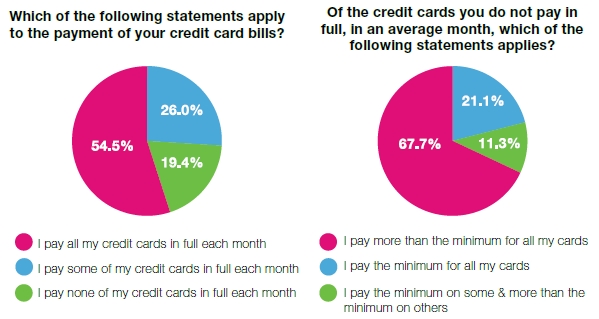 Credit card debt is the most common type of debt. Sixty percent of all Americans have credit card debt. A lot of people don’t pay off their cards in full every month and they are paying very high interest rate on those debts. This is where the Prosper P2P lending marketplace comes in. If you can get a lower rate from Prosper, then it might make sense to consolidate the high interest credit card debts into one loan. Of course, you’d need to learn to live within your budget first. If you are an investor, you can lend to borrowers directly on Prosper and enjoy a decent ROI. I read that consolidating loans perform quite well on the P2P lending platform (less defaults).

Lower and Middle classes are struggling

Many surveys have shown that the lower* and middle class are struggling in the US. Lower class families just are not making enough income to break out of poverty. Middle income Americans also have fallen further behind in the 21st century. The median income in middle class households decreased 4% from 2000 to 2014. More and more of the U.S. aggregate income is going to the upper class households according to the Pew research. The middle class has been steadily shrinking for more than four decades and income inequality will cause a lot of problems in the future. Many economists believe income inequality will slow economic growth and cause a big financial crisis at some point. Things are going to get tougher for most of us, but the lower class will feel it the most.

*According to Wiki, approximately 25% of US households are in the lower class. The middle class constitutes anywhere from 25% to 66% of households.

Escape from the lower class

I consider us middle class, but our journey was by no mean a smooth one. My dad was orphaned when he was 5 and he didn’t have much family support when he was growing up. He made it to college and paid for it by working. His degree was in education, but he never became a teacher. He worked in variety of jobs and self employment fits him best. His businesses were up and down, but he liked being an entrepreneur. My mom’s family was better off and they paid for her college education. She worked at a bank for a couple of years and then taught at a university for about 10 years or so. When I was 12, my dad’s electronic retail business failed hard and we immigrated to the US to start over. We were middle class in Thailand.

We moved to the US with just 3 suitcases and my parent worked any job they could. It wasn’t even paycheck to paycheck because the minimum wage jobs they worked were not very stable. My dad worked a few midnight shifts at a gas station in Hollywood, delivered pizza, and had a few other smalltime gigs. We certainly could not absorb any financial shock at that point in our lives. After several years, my parent purchased a small Thai restaurant. I think they put down $5,000 and paid another $5,000 in installments. The restaurant was a lucky opportunity for us and we capitalized on it. Our fortune turned around because we could then work for ourselves. The work was still minimum wage level work, but the profit from the business eclipsed their previous jobs. They were able to help pay for college for 3 kids and we made good progress toward the middle class right out of school.

You will never break out of the lower class if you stay in a minimum wage job. No matter how hard you work, you won’t make enough money. When an emergency arises, your finances will spiral downward. The only way out is to increase your income. Here are two ways to do it.

These are the only ways to escape poverty that I know of. If you’ve done it a different way, I would love to hear it. I guess you could marry up or win the lottery. I don’t know how realistic that is, though.

It’s equally important to avoid pitfalls because any little problem becomes a huge deal when you don’t have much savings. Middle and upper class people have problems too, but money can smooth out their lives. If you’re in the lower class, you don’t have the financial security to deal with problems. That’s why it’s best to avoid these things below:

Actually ‘avoid’ might not be the right word here. We’re not monks. How about just minimizing these problem areas as much as possible? Unfortunately, I think these pitfalls are all too common.

My parent escaped from the lower class and gave us a huge head start in life. I graduated from college with no debt and was able to save and invest right away. Life would have been much more difficult if my parents were still not making much money by the time I graduated high school. Upward mobility is much more doable if you think long term. It might take 2 or more generations to escape from the lower class. If you can’t raise your income, you need to make sure your children are set on a better path through education.

Why do you think it is so difficult to break out of the lower class? Do you have firsthand experience or know anyone who is stuck living paycheck to paycheck?

Next time, we will look at what it means to be middle class and how to keep moving upward. Follow up – Avoiding the Middle Class Squeeze.