Previous post: Is Housing Affordability A Problem Where You Live?

Being a Stay-At-Home Dad Is Easy 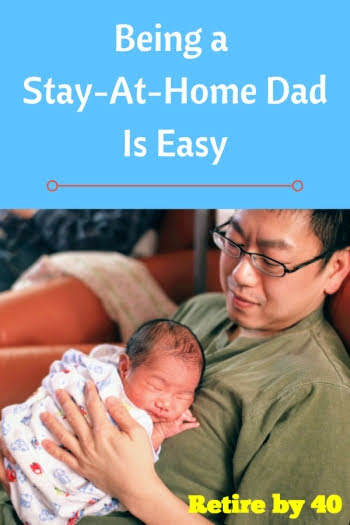 *This was my experience but please don’t use this article to think even less of stay at home parents. Being a SAHD was very tough before our son started school.

Which is more difficult, SAHD or work full time?

I did a quick Twitter poll yesterday and here is the result.

Interestingly, it looks like a lot of people think being a stay at home parent is more difficult than working full time. I wonder if most of the votes are from working people who had to be home occasionally. If you’re not used to being at home with the kids all day, it can be a big shock. Little kids need constant attention and you don’t have any time to yourself. It’s exhausting. However, that is just a phase. Once they are a bit older, they don’t need 100% of your attention anymore. Our son is at this point now. He still needs attention, but I can send him off to read or watch TV if I really need a break. Life is good now.

RB40Jr is 7 years old and he is finishing up first grade. My SAHD life improved tremendously once he started kindergarten. Here is my typical day. 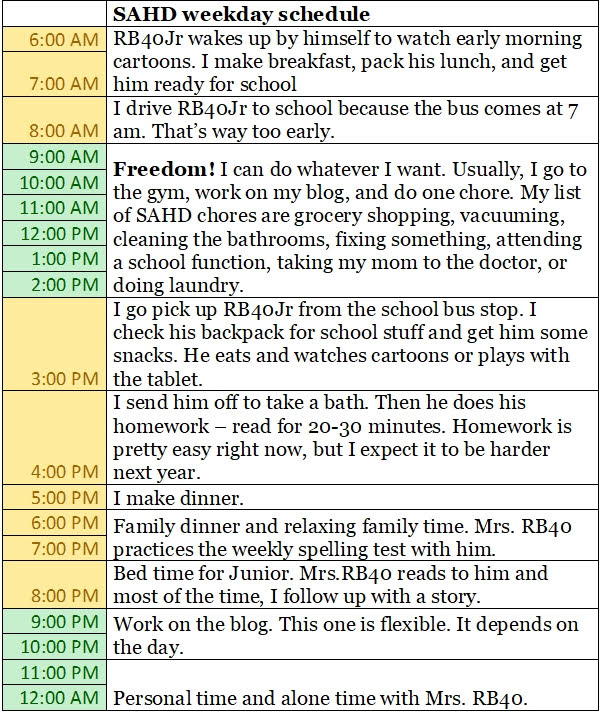 I love my unglamorous SAHD lifestyle. It really isn’t that much work anymore because RB40Jr goes to school full time. This is way less work than when I was an engineer. Back then, I had to work full time and be a dad. I think most people voted for SAHD because they’re thinking of the period before kids start kindergarten. That period was more difficult, but still easier than full-time work for me. Let’s rewind a bit.

Mrs. RB40 and I both took time off when our son was born. I took 11 weeks off to try being a stay-at-home dad. Mrs. RB40 had 3 months maternity leave. Mrs. RB40’s parents also came up to help. We overlapped our time off and RB40Jr was home for 6 months. The daycare didn’t take babies under 6 months anyway.

This was a rough period because a baby is a huge disruptor to your regular life. There was a big learning curve and we didn’t get much sleep. Those first 6 months were very challenging, but we loved it. It was a huge luxury to spend time at home as a new family. RB40Jr was a super cute baby. We sent him to a nice daycare when he was 6 months old.

All of us disliked daycare. It sucked because we didn’t get to spend any time with our son. We dropped him off at 7 am and picked him up at 6 pm. He’d be awake for a little while and fall asleep quickly after a meal. RB40Jr didn’t sleep through the night for a long time so we never got a good nights rest. Anyway, we didn’t like other people raising our son.

This period was way more difficult than now. I think the learning curve was the big issue. It’s like going from high school to college. The level of difficulty increased so quickly and it was tough to adjust. We got used to functioning with minimal sleep and got through this period somehow. 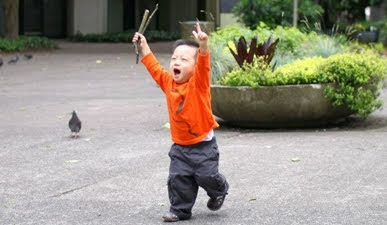 This is when I retired from my engineering career and became a SAHD. RB40Jr was 18 months old and it was perfect timing. He was still young and he didn’t cause much trouble. That summer, he already walked very well and we had a great time exploring the city. I think 18 months to 2 years old is the best time to be a stay at home parent. Kids are still very cute and they are not very rebellious at that age. After 2, they talk back a lot more.

During this time, being a stay at home dad involved many tedious tasks. I had to change diapers, clean up messes, feed the kid, lug a big bag around whenever we went out, and all kind of little things. RB40Jr also needed 100% attention from me when he was awake. This meant I had to blog after he fell asleep at night. This period was tough because I didn’t have any time to myself. I had to wait until Mrs. RB40 got home to hand him off. It was still easier than working full time. I think the difficulty was between working half time and full time.

Here is a fun post from when he was 2 years old and touched dog poop.

When he turned 2, we got him off the diapers and tried to send him to a preschool. He was so attached to me at that point and the first preschool was a no go. He cried until he fell asleep during that first week. The preschool kicked him out because they couldn’t handle it. RB40Jr was only about 2 and a half when we tried that preschool.

It all turned out okay, though. We found another preschool nearby a few months later. He had a rough first day, but he adjusted. This preschool was at a community center and the cost was very reasonable. We stayed here mostly until RB40Jr was old enough to go to kindergarten. 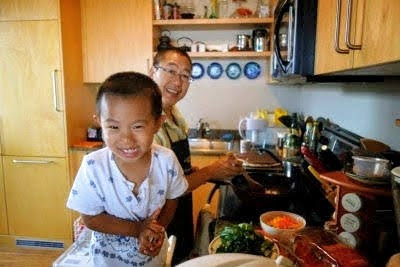 This period got easier gradually as he went to school more. There are fewer tasks to deal with as he got older. Getting off the bottle and diaper were awesome. This made it much easier to go out. I did not have to pack a huge bag whenever we went out anymore. However, a different aspect got much more difficult. Our son developed a rebellious streak and we butted heads all the time. There were a lot of meltdowns, arguments, and general unpleasantness. I already forgot why we fought so much, but it was a tough stretch. I think it was mainly trying to get him to do what I wanted that was so frustrating. At least, I got a little break whenever he went off to preschool. There were some disciplinary problems at preschool too. He was quick to hit other kids and punched a teacher in the crotch once. You gotta watch yourself around these little kids. Warning: Don’t go to YouTube to look up crotch punch. You’re going to waste a ton of time and laugh too loud at work. 😀

This period was a little more difficult. While there were fewer tasks to deal with, it was harder emotionally. It’s frustrating to deal with kids this age, as I’m sure most parents can attest. Being a SAHD during this period was still less difficult than working full time because it got progressively easier as the preschool time increased.

Thanks God for full time kindergarten. Life got so much easier at that point. My schedule improved a ton and I had time to exercise and blog more. RB40Jr continued to have some behavior problems, but he improved over time with a lot of diligent help. Let’s just say he got to know the principal, the nurse, the counselors, and the office staff very well that first year. It became much better in first grade. He rarely gets in trouble now. He is also a lot more reasonable and can follow instructions much better. I haven’t been mad at him in a long time. So stay-at-home parents with little kids, hang in there! It will get a lot easier once they go to school full time.

There were periods where I got really frustrated with RB40Jr, but I had similar issues at work too. The SAHD workload is much less and way easier than engineering. Also, I didn’t have a lot of problems like many other stay-at-home parents.

Isolation – This wasn’t a big problem for me because I’m an introvert. Blogging was my outlet and I have an online community to vent to. That was enough. I also became friends with a few moms so RB40Jr occasionally had play dates.

Chores – Before I became a SAHD, the cooking duty was about 50/50. Once I was a SAHD, I took over cooking on the weekdays and it worked out well. That’s probably the biggest household chore I took on. I do the other chores minimally and that’s good enough. Our home is far from sparkling clean and we can live with it. Mrs. RB40 occasionally goes on a deep cleaning spree.

Mental stimulation – This is another common complaint. When you’re a stay-at-home parent, you mostly interact with kids. There isn’t a lot of mental stimulation. Retire by 40 came to the rescue for me again. I keep busy and mentally stimulated by blogging about personal finance. It’s not technical like engineering, but it’s helped a lot and besides, I have to do a lot of research, too.

Depression – This wasn’t a problem for me when I was a SAHD. Depression was a much bigger problem when I was working in a job I disliked. I had bouts of frustrations occasionally, but I recovered quickly from those. I know postpartum depression is a problem for many stay-at-home parents. If you feel down, talk to your doctor and get some help.

No time off – When you’re a stay-at-home parent, you’re on duty 24/7. This was a tough one and I struggled with it too. It got better over time as you can see. We only have one child so I had it easy.

Okay, I’d better wrap it up. This post went on a little too long. For me, being a stay-at-home dad was easier than working full time. Now that RB40Jr goes to school full time, it is way easier. This is as close to retirement as you can get. It is not more difficult than working full time, or even half time. I’d probably be bored if I didn’t have Retire by 40.

Now, it’s your turn. Let me know what you think. Is being a stay-at-home parent more difficult than working full time? It’s different for everyone so don’t feel bad if it’s more difficult for you.

What does one volcano say to another volcano?

Starting a blog is a great way to build your brand and generate some extra income. You can see my tutorial – How to Start A Blog and Why You Should. Check it out if you’re thinking about blogging.